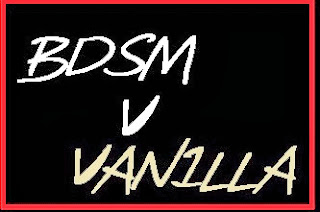 What Female Dominants Are Really Looking For!

I would like to thank Mistress Ren for this wonderful piece. 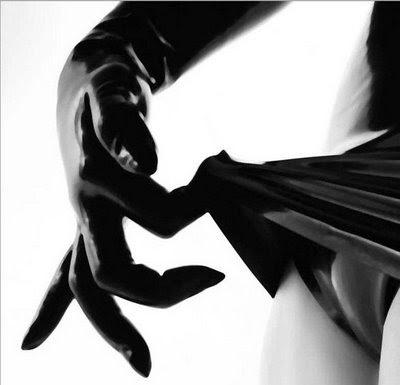 It was just another night. There was nothing decent on the television, and I had already rented just about everything at the video store. So, I decided to pass the evening online.

As I chatted with friends and did a little research, a box appeared in the
corner of my AOL screen: an instant message. I glanced up to see an unfamiliar name, and a very familiar theme….

"Hello Mistress. i beg of You to forgive me for this intrusion. (bowing naked before the beautiful Mistress).  i am a submissive male seeking a Mistress. i wish only to follow Your every command……i LIVE to please You. Please allow me to be Your unworthy slave. i promise i will follow Your every command. i will crawl across broken glass for You…i will shave my head in tribute to You…i will carve Your initials on my scrotum… i am Yours to use and abuse. Please, beautiful Mistress…"

On the other end of the line, my newly discovered `submissive' is longing to hear me say, "YES slave!! You are MINE!!! Grovel for me and prove your unworthiness, WORM!"

My true reaction? I sighed heavily, shook my head in disbelief, and then responded:

At which point, the reply I usually receive is a well thought out:  "Huh?? What??"

Being a female Dominant, especially one who occasionally ventures online, is NOT an easy task. Ask any Domme you know - I'll bet they have received more than a few instant messages like the one above.
Many submissive males, especially those online, seem to believe that all female Dominants are looking for a compliant, powerless submissive who will prostrate themselves 24 hours a day. These men mistakenly feel that the only way women will be interested in accepting them, as their submissive, is if they show their submission constantly and strongly. After all, a Domme seeks a partner who will never speak unless spoken to, never show his intellect, never look her in the eyes, and never, never, never wants to be treated as her equal.

Of course, I can't speak for every female Dominant - after all, there are those few who long to have a submissive who follows the example of my friendly internet suitor….but, for the most part, Dommes seek a partner who knows when to be a `submissive' and when to be a `companion.'

But, as stated, this is fantasy. The reality is something completely different. And it is a reality that most male submissives either didn't know existed - and are happy to discover - or reject automatically because the danger of the fantasy is more appealing than following the rules.
Gentlemen….I have news for you. Listen up, because what I am going to say will change your life….and hopefully your tactics!

A good Domme wants……an equal partner. A man, who is confident, intelligent, caring, patient, has a good sense of humour, appreciates his partner, and realizes that a Domme/sub relationship is a 50/50 prospect. That is not to say that the power exchange doesn't swing in the Dominant's
direction - just that, when you get down to it, the Dominant cannot take unless the submissive gives…and for that to occur, the underlying relationship must be equivalent.

Dommes are human, too. We require stimulating conversation. We enjoy a good challenge. We welcome genuine emotion and intelligence. In other words, we want a real person. On the few occasions that I have replied to one of my snivelling IM's, and told men this, they seem completely confused.

Here is a sample of my "dream" IM from a submissive male:
"Good Evening, Mistress Ren. How are you this lovely evening? Are you interested in discussing the world global warming effects over the Arctic?"

Ok…not quite…..but you get the point.

Intelligence is sexy. A `worthy opponent' is a turn on. A submissive who is fun, witty, bold, a wonderful companion, and who dares to look you in the eye and ask questions is a worthy partner. Confidence, bearing, and the knowledge of WHEN to act submissive is equally important.
Having said this, I'm going to tell you in depth what most Dommes are looking for….

It takes intelligence to be a submissive. Submissives need to know the intricacies of both submission and Dominance just as well as Dominants do. After all - how else would a sub know if the Dominant is doing something incorrectly? Also, having a submissive that is intellectually as well as physically stimulating helps to keep partnerships intense, fresh, and interesting.

Nothing kills a relationship - any kind of relationship - faster than dishonesty. Be honest about your expectations, desires, needs, and wants. Also, be completely honest about partnership, family commitments, etc. Some men avoid honesty, fearing that it will `ruin their chances' of finding a partner, especially if they have family obligations. But it is far better to be upfront than to be deceitful.

Some subs are dishonest about their play likes and dislikes in the scene. They worry that if they are not willing to do `anything,' they will be perceived as `difficult' or `topping from the bottom.' As a Domme, I immediately disregard emails from submissives that state that they will do `anything' or that they have no limits. Everyone has limits, likes, and dislikes, and one should be comfortable stating them, especially in a close partnership. A good Domme will appreciate your honesty. Besides…it gives you both something to work up to, right?

There are very few Dommes I have met who want a `doormat' - a submissive that lives only to please, cannot think for himself, and gains his self-confidence ONLY from serving. Most female Dommes want a male submissive who is able to `stand tall' even when he is kneeling - somebody who is confident about his position as a submissive and realizes that it makes him wanted and admired. Gentlemen - self-confidence is SEXY!

A self-confident submissive is a delight to withhold. He is sure of his value, comfortable of his worth, and displays his self-confidence with quiet pride, but never arrogance. He knows that when he makes mistakes, he will benefit from them by learning from them. His posture is straight, his physical positions are held comfortably, and his face is serene but focused. A self-confidant submissive has about him his own aura of control - and this adds not only to his worth, but also his Dominant's pride.

Submission is a position of responsibility! Very often, submissives have chores and rules assigned to them - and it is expected that the submissive be responsible and follow them. Submissives who do not show responsibility do not retain their partners for long!

Responsibility extends far beyond completing chores - being on time when meeting your Dominant, knowing how to care for your Dominant without constantly being reminded, being prepared for play sessions, taking responsibility for packing, unpacking, and cleaning toys when necessary….the list goes on.

Very often, new submissives - who fear losing or upsetting a Dominant
partner - will place serving before his real life obligations. A GOOD Domme will encourage a sub to remember his priorities and will work with him to find a schedule that accommodates both partners (remember our 50/50 lesson from earlier?). Any Dominant who insists that NOTHING come before her is NOT a Dominant worth having!
And yes….you have my permission to repeat that.

Speaking of submissive responsibilities…..another trait that is very important - especially to Female Dommes - is dependability. I cannot tell you how many times I, have been disappointed by a sub's failure to fulfil an assignment, or how many times I, and other Dommes I know, have agreed to meet with a submissive, only to have him either show up extremely late, or not show up at all! Being dependable is important!

Of course, life happens…traffic jams, unexpected problems at home…last minute assignments at work…..and a good submissive will immediately contact a potential Domme and let her know of any delays or the need to renegotiate the time schedule of an assignment. It is far better to offer an honest explanation, and beg for leniency!

A Sense of Humour

Of course, there is a time and place for humour…and a well trained submissive will know the difference. But again…FUN is the key!

When your Domme asks you to do something special for her, creativity counts. Male submissives who are able to show their affection and gratitude in a creative manner are greatly prized! Creativity may also extend into scene-ing - helping a Domme script new adventures and helping to set the scene.

Creativity is the one part of submission that sets most submissives apart…..most submissive will run a bath for their Mistress…it is the `creative' sub who dims the lights, places out scented candles, and provides himself as a side table on which to place her drink and book while she relaxes in the tub.

The art of being a Gentleman has not died. Male submissives who follow the basic rules of societal etiquette are greatly prized! Even in this day and age, a woman appreciates having a man open a door for her…and A Domme is no exception.

They say that `common sense' isn't all that common….and, unfortunately, among some male submissives, that saying is true. Common sense seems like a trivial thing - but it isn't. Common sense is very important and prized by many Dommes. For example….

Would you send a sexually explicit, practically pornographic description of
your mating habits to a woman on a vanilla dating site? Would you include a picture of your little one-eyed friend? Ahhh….No. So……why would you send a letter like that to a Domme?

You'd think I wouldn't have to extol the virtues of soap and water, BUT……… Dommes want a partner they would be proud to `show off' in public. Cleanliness and neatness count! Don't greet your Domme at the local Munch in your best WWF T-shirt….show her you care by dressing for her. A tux isn't necessary - but a clean, pressed shirt and pants that don't have worn out knees are nice.

A submissive is a `representative' of a Dominant…and the appearance of the submissive reflects upon the Dominant. Always present yourself looking your best, whether it be your first meeting or your 101st. After all, you want other Dommes to look at you and envy your Mistress, Right?

Be yourself. This is the simplest advice that most male submissives forget to follow….and the one thing almost every female Domme is seeking…..the REAL you. Don't try too hard to be something you are not….a Domme will see through this. Yes, you should make a good first impression, but always try to relax and let your true self shine through, because THIS is the person a Domme wants to meet. Have faith in yourself….and the rest will all work out.